Estonia is a small country with the capital city of Tallinn, whose neighbors are Russia, Latvia, and waters of the Baltic Sea and the Gulf of Riga.

The location of Estonia, the exits to the Baltic Sea predetermined the constant historical struggle for these lands. Over the centuries, the borders of modern Estonia changed, parts of the land alternately conquered by the Danes, Germans, Russians, Swedes, Poles, various princes, and kings regularly raided the territory inhabited Estonians – then overcoming them, then giving back.

Estonians - the indigenous population, they are native to the Finno-Ugric peoples and at that time could not resist superior in number and technology crusaders. Most of the preserved architecture in modern Estonia bears the imprint of more than 300 years of ownership of the land by the Livonian Order, one and a half centuries of Swedish rule and 200 years of Russian ownership.

The largest cities of Estonia are Tallinn - the capital and the large seaport founded by the Russian Tsar Peter I, Narva – the border city with Russia on the river Narova and its suburb Narva-Joesuu that was once a resort for the Petersburg aristocracy, the student capital - Tartu and the resort city of Parnu. 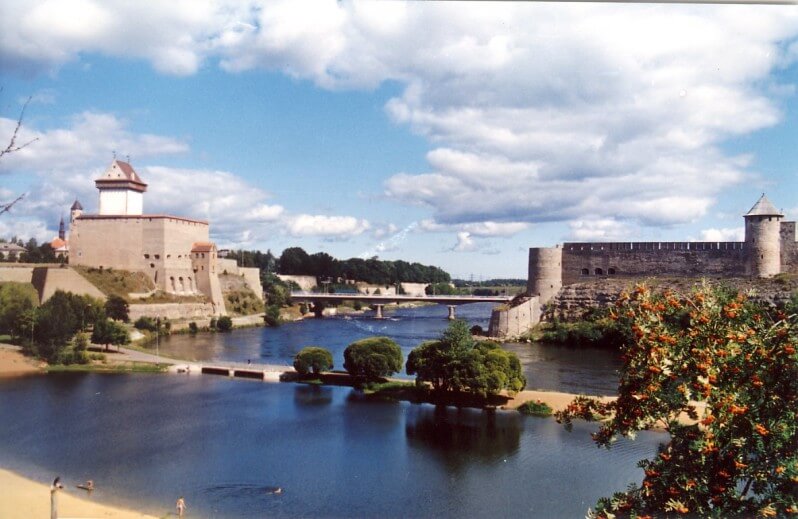 The Estonian capital - Tallinn was initially formed on the hill of Tompea, the territory of the city that is now called Vyshgorod. Vyshgorod is the heart of Tallinn, from which small winding streets go down.

The old town of Tallinn is lovely and attracts more than 2 million tourists annually. The population of Estonia is less than one and a half million. The well-preserved walls of the fortress with lookout towers now serve as quarters for the shopkeepers, vendors of souvenirs, and restaurants.

But what else attracts tourists, and especially it will be interesting for the children - a complex of underground fortifications under the walls of the Old City. Now, only a small part of them has been restored and available for curious tourists. The most exciting places to visit for children in Tallinn are: the Flight Harbour - museum, where you can lie down in a real submarine or sit at the helm of an airplane, Kiek-in-de-Kook – which translates, approximately, as "look into the kitchen" - one of the observation towers with a museum of ancient and modern weapons, an Open-air museum, where you can visit the ancient Finno-Ugric settlements with their buildings for housing, livestock, and farming. You can spend time very cool on the Tallinn TV tower – Teletorn. Of course, this list is not limited to all the museums of Tallinn – there are a lot of them, and that is especially nice for very reasonable prices for tickets from 5 to 7 euros for children – you get fascinating exhibits and can usefully entertain a child for a few hours. 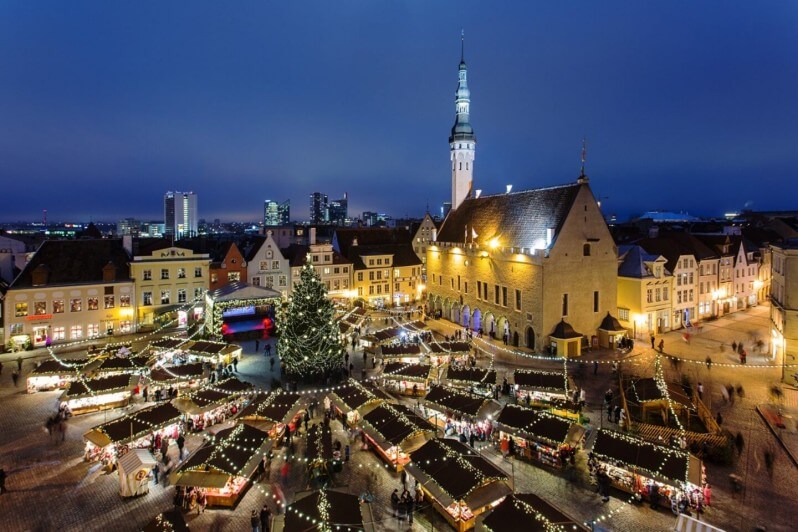 The Estonian border town of Narva is famous for its Narva fortress, which stands on the riverside of the same name. Of interest is the fact that the Livonian Order built the fort in a characteristic style, and on the other side of the river built the same size, Ivangorod fortress, made already Russian and in a completely different style. In the course of history, repeatedly, both forts at the same time served as one of the kings or emperors for protection from invaders.

We can also say a few words about the most massive weaving production in Europe on the territory of Narva since the beginning of the 19th century, which was called the Krenholm manufacture. The founders are German merchant Ludwig Knop and Russian traders Kozma Soldatenkov and Alexei Khludov. Several factories and productions were built. The total number of workers reached 7 thousand people, and cotton was supplied even from the USA. In 2010, unfortunately, the factory went bankrupt. A small weaving company bought the right to use the trademark of the Krenholm Manufactory in 2012, but the former scope of production has already lost.

Another attractive place is the small village of Narva-Jozesuu, located a few kilometers from Narva and extends along the wide sandy beaches of the Gulf of Finland. There are several SPA hotels on the territory.

Tartu is the city where the oldest Imperial University of Dorpat (Yuriev) is located. Dorpat and Yuriev are the former names of the town of Tartu, although in the 5th-century ad the present location of Tartu was the place of ancient Estonians' settlement called Tarbatu. 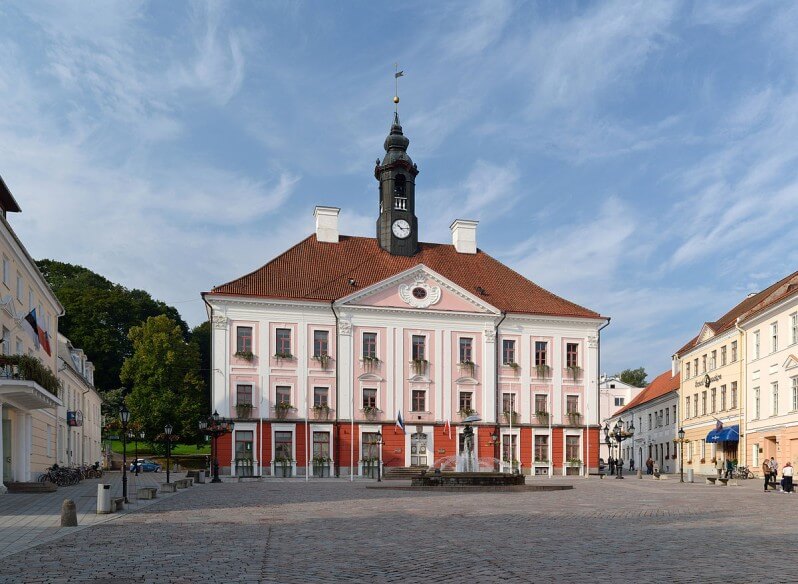 According to history, the first mention of the University is already in 1632 as the Gustavian Academy founded by the Swedes.

One of the main attractions of Tartu is Toomemagi hill with the remains of the castle of Tartu bishop – the center of Tartu foundation. In the 19th century, the mountain was donated to the University, whose leaders founded a Park in the English style for everyone and built several buildings of the University. Moreover, the ruins of the castle, the Dome Cathedral, were adapted for the library. Tartu has a large selection of museums and monuments; it is one of the oldest cities in Europe and the second largest in Estonia. 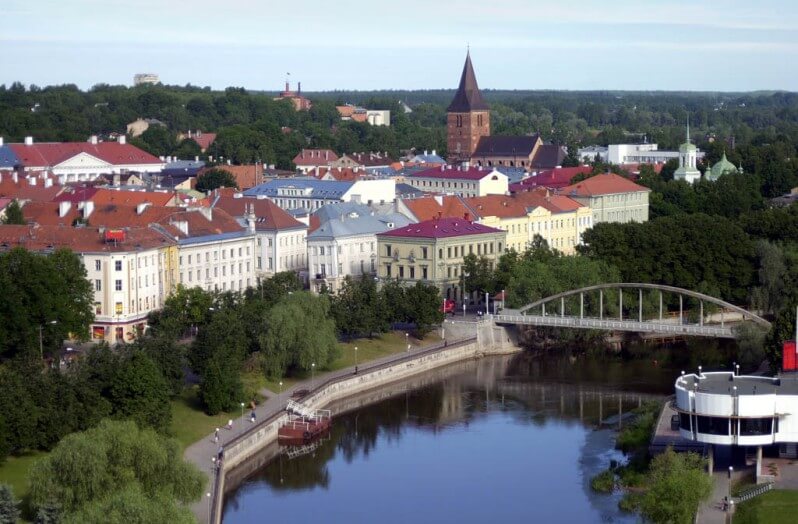 The last city on our list is Parnu. Parnu is located on the shore of the Gulf of Riga and attracts many tourists from different countries to this small cozy resort-town with sandy beaches. It is interesting to spend time in the Old City on the street Rutley, in numerous cafes and restaurants, green parks. For children, it will be a great vacation and entertainment visit Estonia's largest waterpark Tervise Paradiis. For adults, surely will be the best holiday is a visit to the many SPAs.

The island creates a unique color in Estonia. There are about 2222 of them, and about 3% of the country's population are islanders.

UNESCO lists Kihnu Island as an important cultural heritage site. It is good to come here for a few days for those who are tired of the city bustle. The population of the island is not more than 500 people, the adult population is engaged in fishing in the sea, women are farming, and children help with the housework. Modern life and flying time did not touch the island – this is a great place to be alone with yourself and nature, enjoy the slow passage of time and tranquility.

On the island, there is a lighthouse, craftswomen shops, a museum, several tourist bases, and cafes. Kihnu can be reached by ferry from Parnu.

Saaremaa is the largest Estonian island, where there is one health resort or SPA hotel for ten people. If you like, a quiet way of life, small fishing villages, then this is a great way to unwind. A few thousand years ago, a meteorite fell on the island, leaving a crater with a diameter of 100 meters. One of the attractions of the island - the lighthouse Kiipsaare – a kind of Pisan tower. During the construction in the 30s of the last century, it was about 100 meters from the water, but gradually the sea washed away the shore, the lighthouse was in the water and tipped.

Estonia today is one of the most developed countries in the field of IT-technologies. Here is the most potent wireless Internet, which covers almost the entire territory of the state.

Internet in Estonia is not a whim, but a necessity and a way of managing many processes in the country. Most of the paper transactions were translated into figures. To open a company, to sign the document, to vote, to get a prescription from your doctor may be done in the network. Police enough to attach the scanner to your ID-card and he will know all about you. Estonians are proud that their compatriot invented Skype.

In Estonia, there is modern transportation, a very developed transport network, and the authorities are continually working to make it even more extensive, stylish and environmentally friendly. In the country, there are already many places where buses with hybrid engines are put on routes. According to the rules of the road, pedestrians and cyclists are required to wear reflectors. Contravention is punishable by a fine, including tourists.

Public transport in Estonia runs strictly on schedule; transport is equipped for the invalids. Travel tickets can be purchased at the R-kiosk, located in each settlement. The price of a single ticket varies from 60 cents to 2 euros, depending on the city, but when buying a travel card price is dramatically reduced. Especially if you buy a ticket for a few days.

Estonia has right-hand traffic. By default, the speed limit in town is 50 km/h, and outside-populated areas is 80 km/h. In Estonia, the compulsory is fastening of seat belts and brightening of lights. Drunk driving is strictly prohibited.

To get to Estonia

Estonia's main international airport is located in Tallinn. At the same time, there are airports in Parnu, Tartu and even on the island of Saaremaa. The closest neighbors of the Estonians, Finns, and Swedes, can be reached by ferry. For example, from Helsinki, the ship is 2 hours, and the ticket price ranges from 10 to 30 euros. Russians, Belarusians, Latvians, Lithuanians use the most popular form of transport – international buses, the network of which in the Baltic States is very large. By bus or train, you can get to the cities of Estonia and from distant European countries.

Traditionally, there are flights to Tallinn from European cities such as Vienna, Warsaw, Riga, Milan, which look very cheap in comparison with others.

Weather in Estonia depends on the season. The temperature in summer varies from +16-24°C, but it can reach +30°C. The day is a very long in Estonia in summer. Lovers of sleep will have stock up on a special eyepatch so, as and at night light. Spring and autumn are a quite rainy season; it is better to stock up on an umbrella. Winter is snowy; the climate is moderately harsh, warm clothes are necessary to have if you decide to go to Estonia at this time of year.

Succinctly about exciting things in Estonia

Since ancient times, Estonia has been competing in the swing - a kind of swing, which is several people, and the competition is to make a full turn on the swing, not to fall off them.

The Baltic Sea in winter freezes several kilometers from the land and Estonians go to the neighboring Islands on ice roads by car. Alternatively, they shorten the path when moving from one part of the city to another. Officially, there are seven ice roads in Estonia. For example, the way to the island of Hiiumaa reaches a length of 25 kilometers.

A favorite type of holiday Estonians is SPA hotels and salons, where the whole family can relax on holidays or weekends. SPA hotels are very much in the resort cities and the capital.

Once every four years, Tallinn hosts Europe's largest singing festival, when children and adult groups and soloists come from all over Estonia to the capital. The weekly song festival gathers up to 200 thousand performers and spectators. Special guests of the festival are famous musicians and artists.

Estonians are singing nation. There were no tanks and coups in the '90s when separated from the USSR. No one was captured. Just people lined up in a long chain throughout the Baltic States... they joined hands and sang. It was a singing revolution.

There are 14 cases in Estonian and practically no prepositions. Besides, many words are starting with the letter «Õ [ɤ]" which is not present in most languages. Moreover, it is difficult to find an Estonian who will tell you with absolute certainty how to write in Estonian.